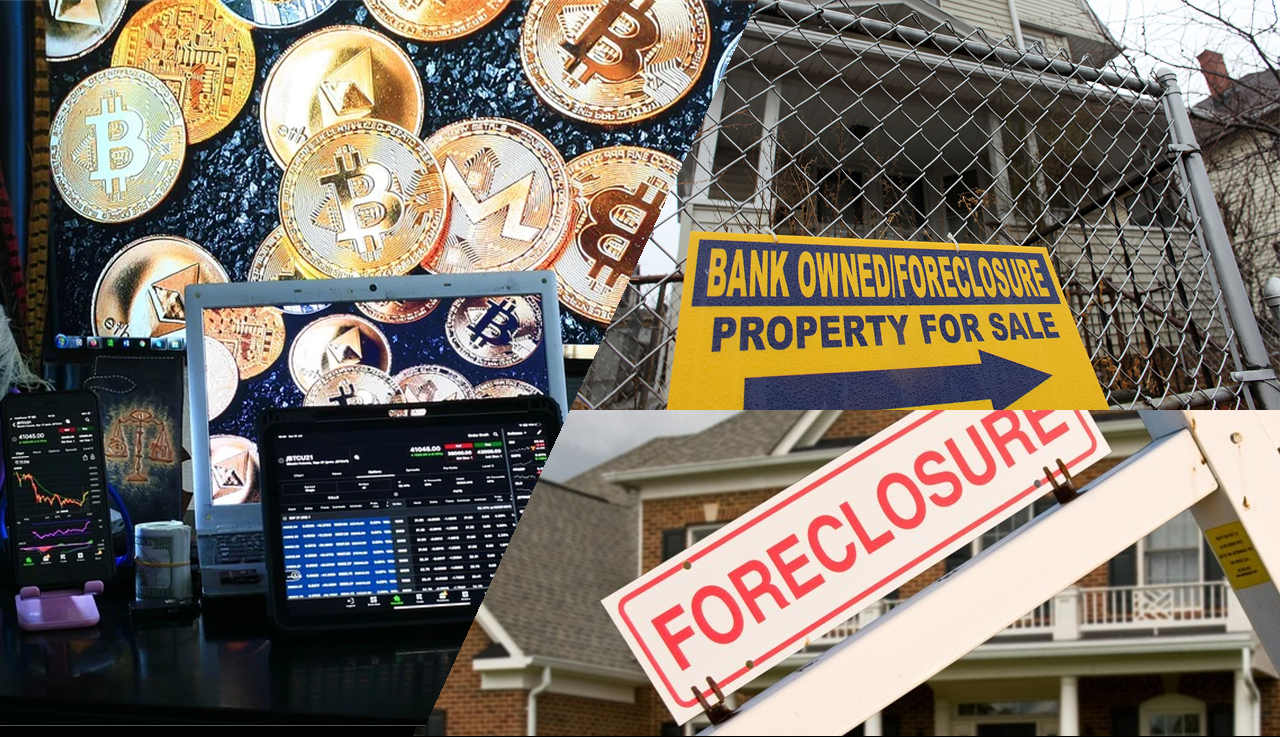 At the end of January Paul Krugman, Nobel laureate, wrote an interesting op-ed article in the New York Times comparing the recent crypto investment boom to the sub-prime lending boom!

For clarity, crypto refers to digital assets or currencies such as Bitcoin, Etherium or indeed Non-Fungible Tokens (NFTs). Subprime refers to mortgages.

Krugman said that he is “seeing uncomfortable parallels” between crypto and the U.S. subprime crash! He makes some very valid points such as “crypto doesn’t threaten the financial system – the numbers aren’t big enough to do that”. And just like in 2006 and 2007 investors are being sold speculative financial products without truly understanding the risks involved.

The article cites some research and anecdotal evidence that crypto investing has become remarkably popular among minority groups and the working class in the same way that a disproportionate number of subprime borrowers in 2005 were also minorities.

In the case of crypto investors, they are disproportionally minorities are investing their own cash in digital assets, in the case of subprime the borrowers took on vast amounts of debt or leverage which was funded by banks and the shadow banking sector. The borrowers were liable for the debts, which they couldn’t repay. So while there are similarities between crypto investors and subprime mortgage borrowers, they are at the individual level and unlikely to cause a systemic crash again.

What does the economics tell us?

In 2007 there was a large body of financial research that justified this lending based on historical evidence.

“We find that over the past several decades, housing markets have become less imperfect in the sense that households are now more able to buy homes whose values are consistent with their long-term income prospects.”

It makes the classic economic argument that people make sensible housing decisions in that the size of the house they buy today relates to their future income! As professor Rosen said in the New York Times in March 2007 “The main thing that innovations in the mortgage market have done over the past 30 years is to let in the excluded: the young, the discriminated against, the people without a lot of money in the bank to use for a down payment.” It has allowed them access to mortgages whereas lenders would have once just turned them away.

One difference today is the lack of academic economic research in support of crypto investments in its own right. A lot of the established financial theorists such as Krugman who won the 2008 novel prize for economics is a vocal crypto sceptic and previously compared cryptocurrency to a Ponzi scheme. Another highly eminent noble prize winner, Joseph Stiglitz, has urged regulators to shut down cryptocurrencies saying it undermines the basis of financial systems as well as its pursuit of transparency.

Perma-bear Nouriel Roubini, nicknamed Dr. Doom has called Bitcoin the “biggest bubble in human history” and added this “mother of all bubbles” is finally crashing. Blockchain has “been around for 10 years, and the only application is cryptocurrencies, which is a scam,” the New York University economist added. In another salvo aimed at crypto bulls, bitcoin is an “environmental disaster,” he said, citing its soaring energy costs.

Although Robert Shiller, yet another Nobel laureate, has also made some negative comments on bitcoin which he described as “an interesting experiment, but it’s not a permanent feature of our lives” in Davos in 2018, He also stated that “We are over-emphasising bitcoin, we should expand it out to blockchain, which will have other applications.”

In 2007 there was a large body of economic research that supported the subprime mortgage lending model, today there is a general consensus, among mainstream economists, that the crypto markets are not efficient and are in a bubble.

Despite the lack of support from mainstream economists, there is some support from the finance discipline, especially portfolio theory. As The Economist magazine pointed out in relation to another noble laureate, Harry Markowitz and his seminal 1952 work on Portfolio Selection “the insight Mr Markowitz revealed was that it was not necessarily an asset’s own riskiness that is important to an investor, so much as the contribution it makes to the volatility of the overall portfolio—and that is primarily a question of the correlation between all of the assets within it.”

The Economist article points out that the correlation between equities and bonds is weak (around 0.2-0.3 over the past ten years), yielding the potential to diversify, but bonds have also tended to lag behind when it comes to returns. Investors can reduce volatility by adding bonds but they tend to lead to lower returns as well.

While cryptocurrencies might be highly volatile, they have during their short lives had high average returns. and most importantly, from a diversification perspective, it also tends to move independently of other assets. Interesting The Economist notes that since 2018 the correlation between bitcoin and equities of all geographies has been between 0.2-0.3, similar to stocks and bonds. Over longer time horizons it is even weaker. Its correlation with real estate and bonds is similarly weak. “This makes it an excellent potential source of diversification.“

Finance theory provides some interesting conclusions, the crypto markets are inefficient, but the high levels of volatility are matched by high levels of return and provide a useful uncorrelated asset for portfolio diversification purposes.

There seems to be clear evidence that the crypto markets are not efficient and so a lot of the is mainstream finance and economic theories do not seem to apply to them. This is very evident by looking at the Dogecoin meme which its creator said began as a joke! Robert Shiller made an interesting comment last year regarding the crypto markets. “That’s a very psychological market. It’s impressive technology,” Shiller said. “But the ultimate source of value is so ambiguous that it has a lot to do with our narratives rather than reality.” Maybe it is time for a New Economics to help us explain crypto?