By Land or by Sea? 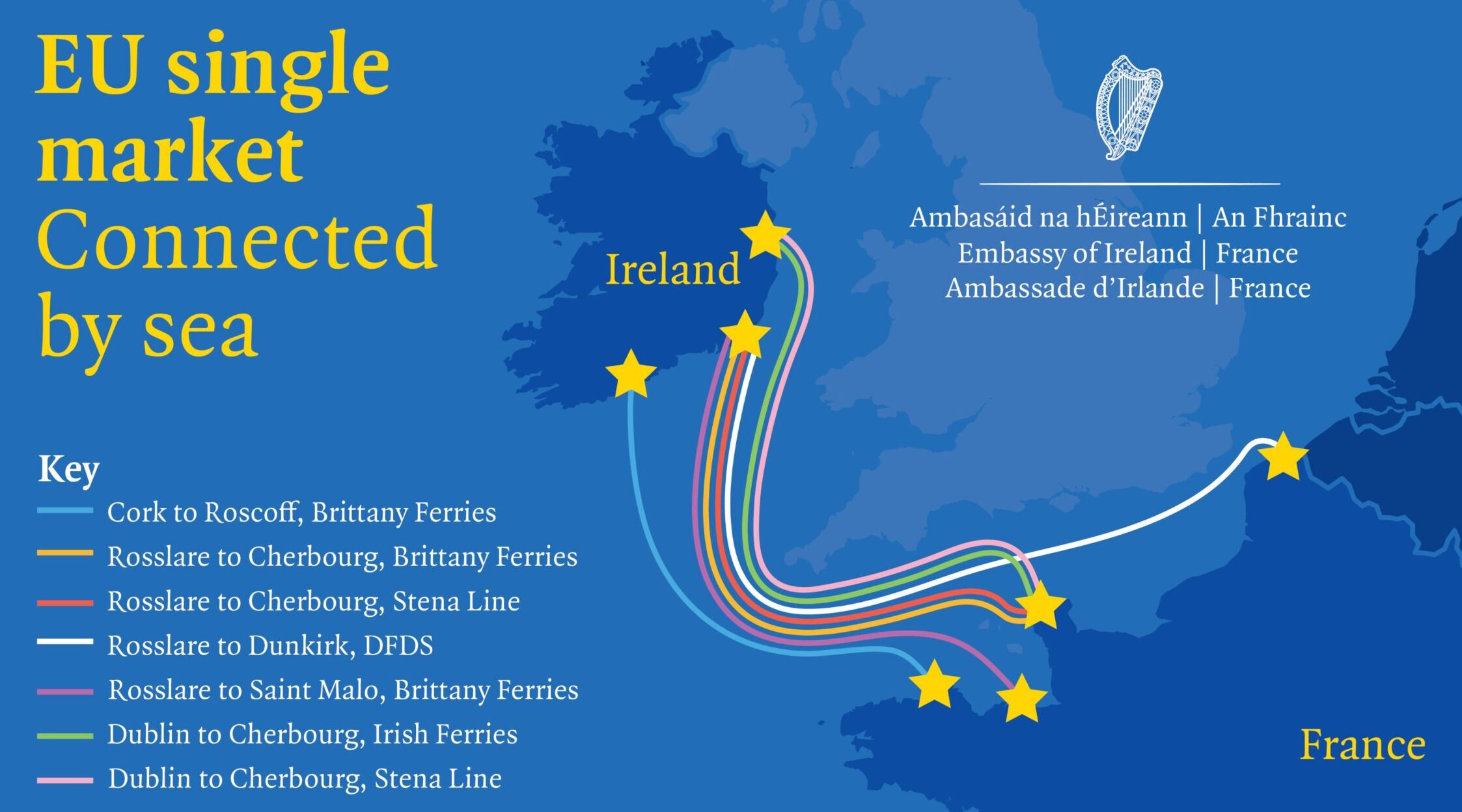 Prior to Brexit the preferred freight route to Europe, from Ireland, was on the so-called land bridge which was the fastest way to move freight to and from Ireland. The main route was by ferry from Dublin to Holyhead, and then through Wales and England to the English channel with another ferry to France. The main reason for this route was the significant time saving compared to the direct route, although it was also cheaper!

Since the end of the Brexit “transition period” on the 1st January 2020, the number of Irish hauliers using the land bridge has fallen by almost 50% and ferry journeys to France were up by over 100%! In 2020, almost 150,000 trucks used this route and this huge change came after new customs arrangements and border controls were reintroduced between the EU and the UK.

The direct routes, as well as being longer, are more expensive. Despite these negatives, other than bad weather, the importers and exporters seem to value the relative certainty of delivery and the absence of any customs barriers or documentation.